Over the years Tarbert had many and varied locations for training and playing their matches. Names like “The Hollow” (Tarmons Home Ground) , Lavery’s Church field, The Bridewell and The Horsepark must all hold abiding memories of epic struggles both in parish league and North Kerry games. All those pitches were only available, courtesy of their owners, which prompted a group of Parish members to research the idea of locating and developing a permanent pitch. The original Sportsfield Committee was comprised of the following members:-

The location purchased for the new pitch consisted of two adjoining fields, one of which was Church property and the other owned by Michael Holly of Woodlands. The pitch was financed to a large degree by the proceeds of carnivals which were very much a feature of village life at the time. There were also tournament games run, Church gate collections, Parish subscriptions and a variety of other methods used to secure finance. The G.A.A. also contributed to the venture.

The development of the pitch was completed in the late 1960’s and served the parish well for many years. However, it was decided in 1982 that a major uplift was needed on both the pitch and the facilities. The following work was completed:-

The pitch proper was drained and re-seeded, dressing rooms and a new stand were built, part of the embankment was terraced with concrete steps, and a general overhaul and facelift was given to the whole area.

The pitch was then named Shannon Park and officially opened by Mr. Frank King, Chairman Kerry Co. Board on Sunday June 5th 1983. Matches played on that day were Kerry V. Galway (Senior Football) and Kerry V. West Limerick Selection (Hurling). The Tarbert Field Committee Responsible for this development consisted of the following:-

Shannon Park got a major overhaul in 1997 with the following works being completed:-

The pitch was upgraded to an all weather state at a cost of £30,000,The dressing rooms were renovated and extended, with showers installed, at a cost of £23,000, The terrace area was extended and concreted and new goal posts erected, at a cost of £7000.This involved a total expenditure of £60,000., which was funded through National Lottery contribution, £100 Parish subscription scheme, Munster Council Grants and proceeds of the local club weekly lotto scheme.

The committee who had responsibility for spearheading this venture were as follows:- 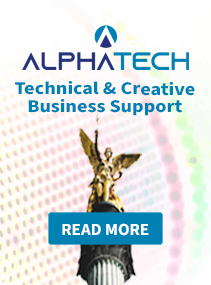